In Englesea Brook, preaching began in 1811, in the cottage of Sarah Smith, a 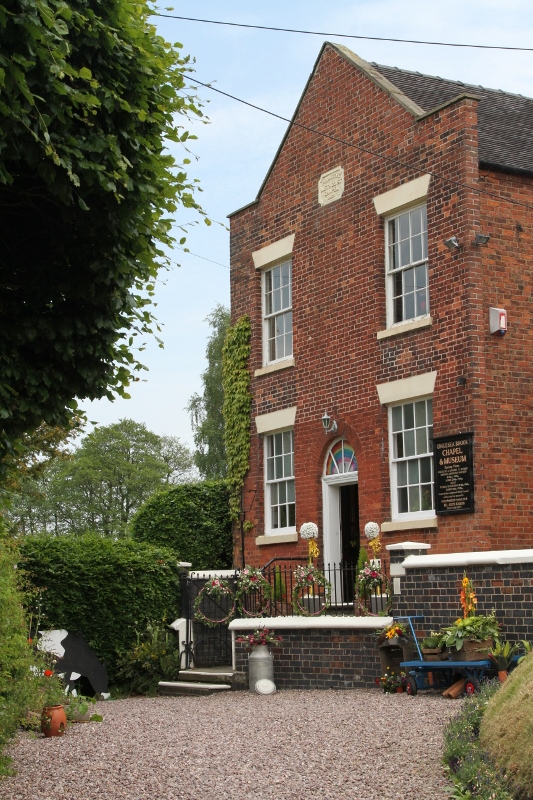 farm labourer’s wife.  A Primitive Methodist society was formed, and continued to meet in people’s homes, until the Chapel was built in 1828.

The Chapel was built in a corner of the Malt Yard belonging to William Salmon, whose son later married Hugh Bourne’s niece.  It cost £113, but was soon found to be too small.  It just shows that you should never believe all that you see!  The datestone on the front says 1828, but it was put there in 1832, when the chapel was substantially rebuilt. The box pews in the gallery date from 1832, when the front was extended by 7ft, the windows were changed, and the roof was raised to add the gallery.

Notice that the Chapel was built to look like a house. The atmosphere inside was homely and informal. You can see the coat hooks on the walls, and the foot scraper by the door! Originally there were benches for people to sit on. It was important to have flexible seating. The pulpit, pews and communion rail you see today replaced the earlier simple style in the 1880s and 90s.  This was a time when Primitive Methodists had become better off, and wanted to be seen as ‘respectable’.

The chapel is a Grade 2 Listed Building.  It closed as a regular place of worship in the late 1970s.  We now hold services once a month, which we call ‘Heritage Services’, using our heritage to engage with contemporary issues of faith and social justice.

Hugh Bourne (1772-1852), one of the founders of Primitive Methodism is buried in the 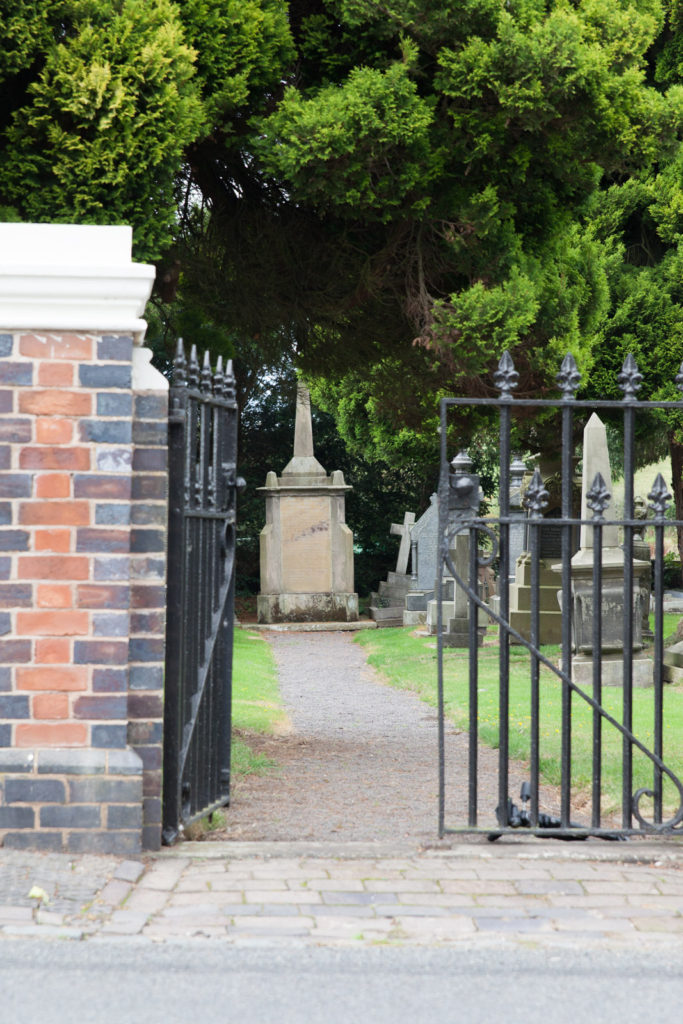 graveyard, along with other Primitive Methodist pioneers.  His Memorial gives some incredible statistics about the speed of growth of the revival which started at Mow Cop in 1807.
The graveyard opened in 1842 on land belonging to Hugh and Mary Harding. Their son-in-law, John Dean, died in 1841 and is buried in the Chapel. It is very rare to see a grave in a Methodist church – ask one of the staff or volunteers to tell you the story!

There are 420 people buried in the graveyard. Many of them never had a gravestone, as they were too poor, or they were very young children. You can find some of their stories here.